Mamnick – The Peak of Style 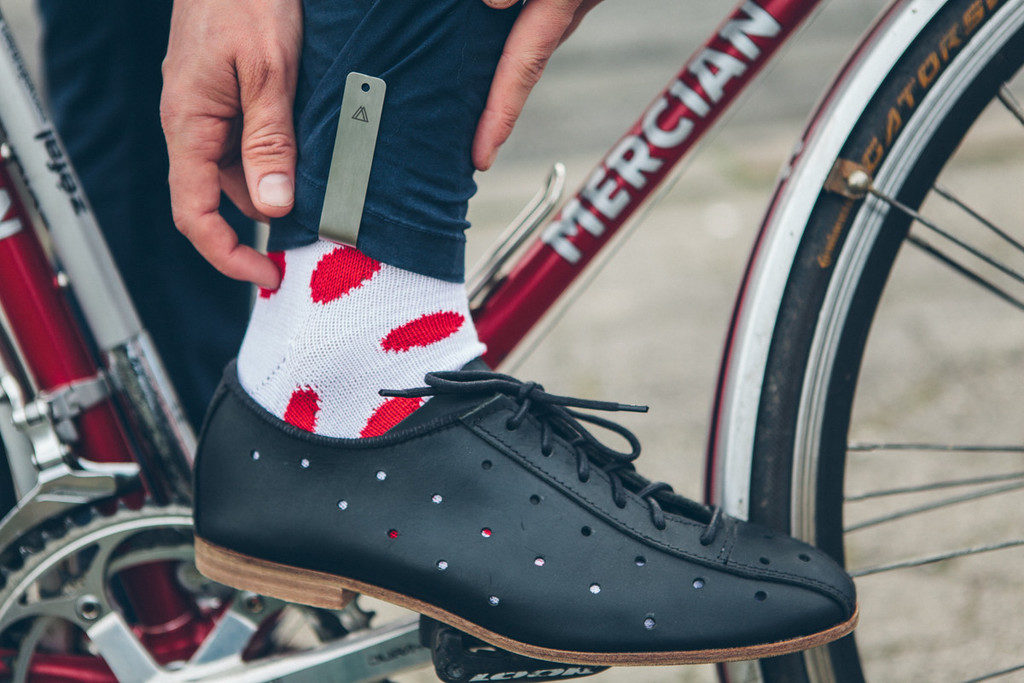 Mamnick is a name that captivates and enthrals. It swells hearts with pride and fills others with terror and pain. Mam Nick, the road, has an almost mythical status for cyclists in the Peak District. Tucked away at the top of the Hope valley, it’s a route for special occasions that you don’t chance upon unintentionally. After a long, flat ride between ever looming hills, the only exit to the valley is up and out over Mam Nick. Turning the last corner from the valley bottom the road immediately grips you by the throat (or the legs). It climbs steeply, flattens slightly, then steepens again, this time more aggressively to punish any thoughts that you could possibly conquer it. It twists and turns like a viper trying to throw you off its back and when that fails it tries to drop you down its sides where the tarmac is forever eroding away. A few final alpine like bends try to burst your burning thighs until, at last, you can pull over onto the gravel at the side of the road and marvel at the view from the top, which more often than not, is shrouded in a cold, gray rain.

Thom Barnett has ridden up Mam Nick more times than he can remember. He loves every inch of it and the surrounding countryside. His menswear clothing company is named in honor of it and he weaves his emotion and passion for the hills into his products. Anyone, Thom says, can design a shirt but he wants to put a story into his. 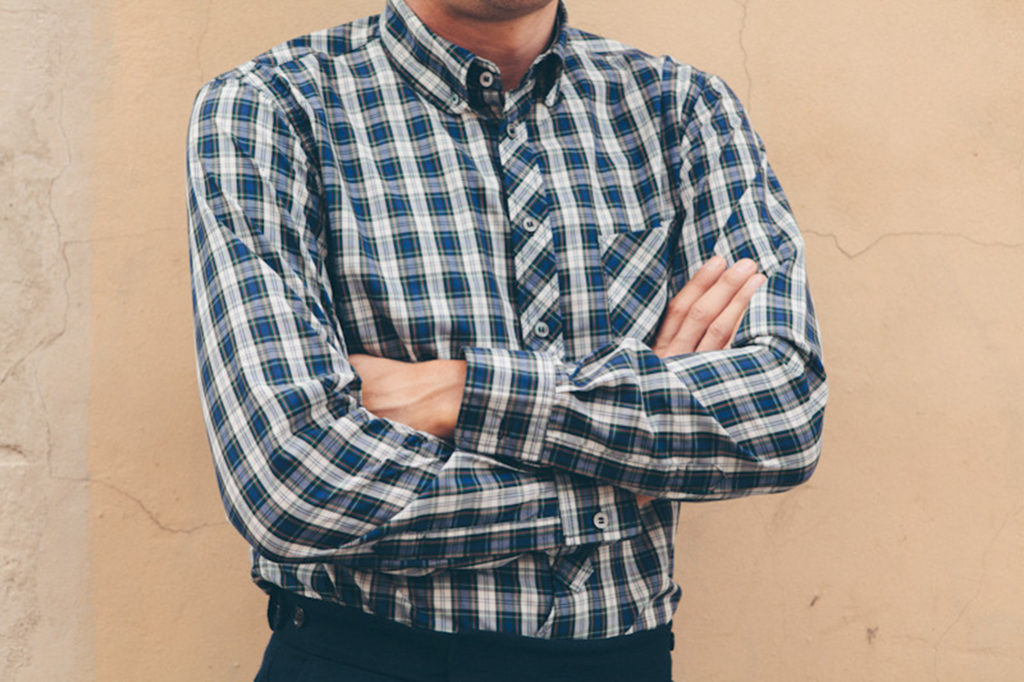 Mamnick, the clothing company, was born a mere two and a half years ago with just two shirts and it has rapidly matured with a varied and stylish inventory and international clientele. The first flagship store recently opened, located in the heart of Tokyo at 6-7-4 Himonya Meguroku.

A very hands-on production continues affecting all the pieces in the collection. Thom started by sourcing lengths of material then finding small manufacturers and craftspeople to make his designs. Restricting this all to within the radius of a good bike ride, kept the process local, helping fill the garments with the spirit of the landscape and keeping everything where Thom can keep a very close eye on every detail and finish.

These are very personal clothes, lovingly created at every stage. Intelligently thought out, well styled clothes that become part of you, rather than part of your wardrobe.

‘Do one thing at a time, as beautifully as possible.’ 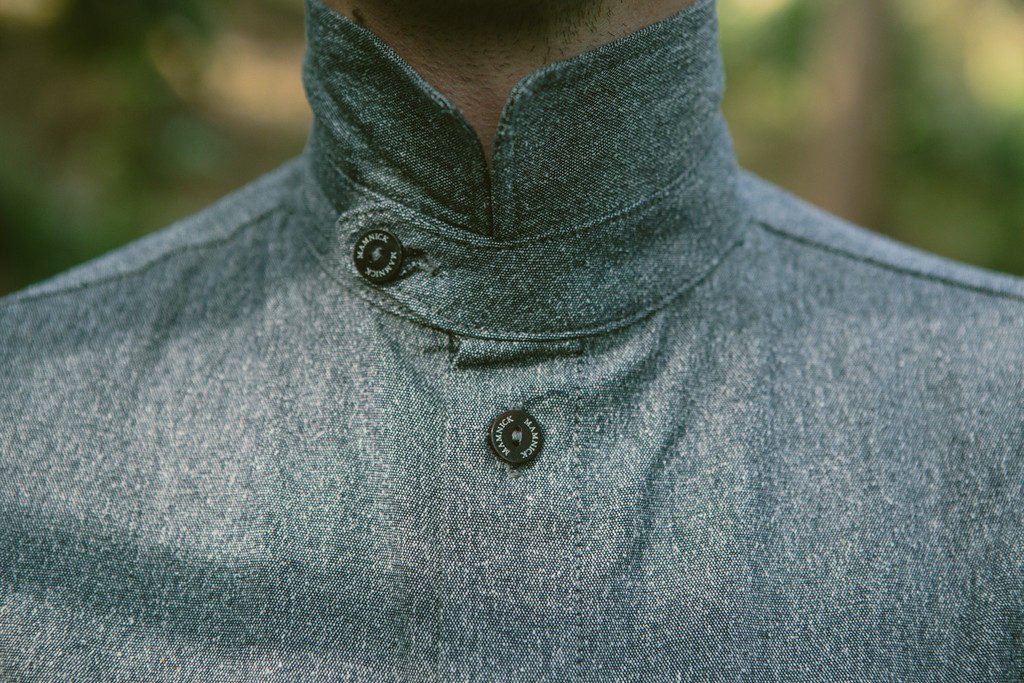 Buttons are supplied by Charles Singleton Ltd who have been making Mother of Pearl and Trocas buttons for well over 70 years. They have been the closing link for clothes by the likes of Burberry, Paul Smith and another distinguished local name, John Smedley. As the collection grew, inevitably, Thom’s search for materials has lead him further than has bike could take him. Resent additions to the Mamnick range include the Okayama Jeans, made in Japan with 14 ounce selvedge denim. Thom hasn’t taken his eye off the details though, there is contrasting stitching along the seams, bicycles lining the pockets, he even found the only chap in Tokyo able to sand blast the rivets. However, he is cautious about expansion, believing ‘brand integrity is more important than cash flow’.

With his Sheffield heritage, it wasn’t long before Thom looked at ways of incorporating the cities ‘fabric’, stainless steel, into his work. Armed with flimsy cardboard mock-ups, he knocked on doors of the remaining steel industry to find a manufacture able to engineer life into his creations like an ingenious cycling trouser clip and a chip-fork with a bottle opener to cover all a weary cyclist’s needs.

In a time where we are increasingly chasing the optimal ‘work/life balance’, Thom has mastered the work/cycle balance and values his time spent out riding, letting his mind ponder new projects. But his seemingly relaxed perspective is juxtaposed with a pursuit of perfection. Every cut, stitch, button is a reflection of himself. From a chance meeting with a Tibetan monk far from remote monasteries, in the Derbyshire village of Hathersage, Thom was given this pearl of wisdom: ‘Do one thing at a time, as beautifully as possible’. This axiom together with a natural obsession and attention to detail gives an organic pace to the brands development and growth. Thom says he is, ‘too controlling and too protective’ to let production escalate beyond his reach. He, ‘takes pride in every step, sourcing buttons, checking stitching, even down to the folding and packing’ of products before shipping to awaiting customers.

Thom says he doesn’t really follow the traditional seasons of the fashion industry. He prefers, ‘to go with the flow to keep things interesting’. More influenced by what is happening outside his door than on the fashion runways.

Before the hills were blanketed in last winters snow he managed to track down Britain’s last remaining manufacture of goose down jackets. After some persuasion they agreed to make a range of jackets to Thom’s designs in between their orders for bespoke pieces destined for the slopes of Everest.

So, Mamnick is run by a talented designer, passionate cyclist who is cautiously and steadily building a highly creative brand which has already won many discerning fans and a loyal following in Japan. Now where have we heard that before? Riddle believes it’s only a matter of time before Mamnick will be as much a part of your wardrobe as Sir Paul (not the Beatle). 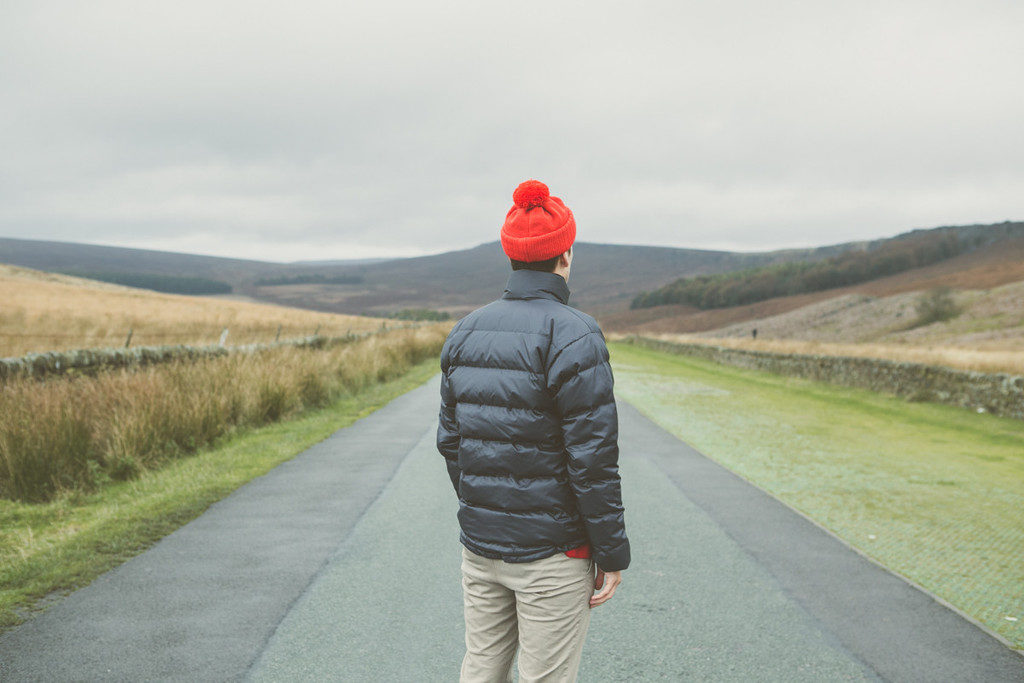