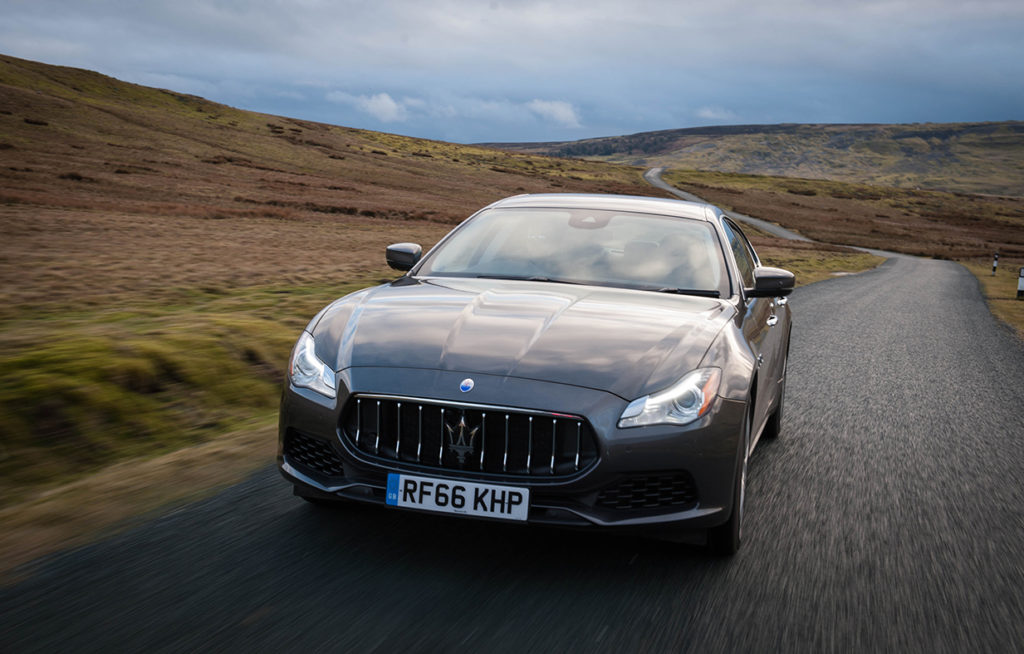 A few days ago I was sat on our new garden furniture sipping a coffee, warming myself in the first seductive sun-rays of summer. My phone beeped and an email from Maserati popped up with a generous invitation to a drive along the Amalfi coast, wait sorry…, I mean take part in a bike ride just over the hill at the back of my house.

A couple of days later, a light, unseasonal and slightly ominous  dusting of snow covers our garden and my ride pack drops through the post. It seems to mostly consist of breakfast details and hill climbing tips from a pro cyclist. The following day another email pops up proclaiming Maserati would very kindly like to offer me one of their cars to get to the ride. This is getting exciting! The ride is about a 10 minute drive from our house, but of course I don’t mention this and immediately start planning a scenic route, wondering if I can justify forcing Naples into the sat nav as a legitimate diversion.

Maserati are presenting their third Tour de Yorkshire cycling sportive. It runs on the third day of the Tour ahead of the main race giving four thousand amateur riders the chance to experience some of the same route as the professionals, riding in front of thousands of spectators and finishing under the main finish line.

Since what seemed like most of the country descended onto the Yorkshire hills with picnic hampers brimming with baguettes, Camembert and red wine to watch the Tour de France whizz by in 2014, the county has become cycling crazy. Hosting the annual Tour de Yorkshire – now an established race fixture on the cycling world stage – remote villages and farms spring to colourful life, adorned with flags and bunting. It feels like the whole of Yorkshire is having a big bike party!

The first day ended dramatically for the pro race on the Scarborough seafront, with a terrible crash meters from the finish. Wheels touched in the sprint for the finish taking down multiple riders. Dutchman, Dylan Groenewegen escaped the chaos to take the win for the day. I made a note to myself to take care this weekend – a little over excitement could be painful or rather expensive! 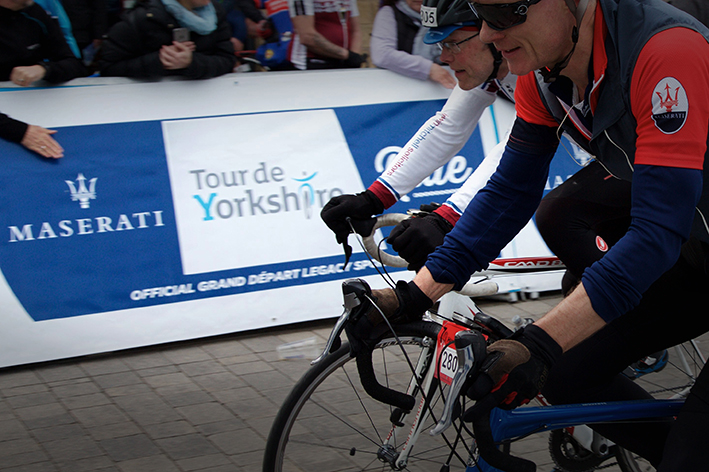 Come Friday evening there is a knock at the door, “Hello, I’m Ben from Maserati. I’m here to deliver your car.” How long have I dreamt of hearing these words. In fact, I actually don’t remember hearing anything. I was staring at the vehicle sat in our driveway. It is my young son who remembers everything and now does impressions of Ben everytime I open the front door.

Outside was a Maserati Quattroporte. I know there are other big, luxurious, powerful cars available but I’m immediately smitten. The body is sleek, flowing elegantly back from the snarling grille, hungry for road. I have always loved cars and driving but this has largely been restricted to fairly standard family cars. The Quattroporte takes this love affair to an addiction. The power and noise that launches this large, luxurious vehicle is intoxicating. Over the weekend it goes from a slightly intimidating beast prowling outside the house to a loved member of the family. The luxurious interior cocoons you and there is a styling option created by Italian fashion powerhouse Zegna should you wish for even more sartorial sophistication.

For a large car it’s surprisingly easy and comfortable to drive at slow speeds around town. We do the run to my son’s football then add on as many chores as we can think of, belting around picking up fresh bread and eggs from the farm.

But all this poise and elegance is just a facade. A silk pocket square lightly draped over a hand grenade. Feather the accelerator, even just up to 30 mph, and the engine raws and spits as it thrusts you forward and rewards you with a round of rapturous applause from the smoking exhausts. My son and I drive around our village with our heads out of the window like a couple of dogs, yoyo’ing the accelerator like it was a great combustion church organ strapped to a luxurious rocket ship.

My son and I drive around our village with our heads out of the window like a couple of dogs, yoyo’ing the accelerator like it was a great combustion church organ strapped to a luxurious rocket ship. 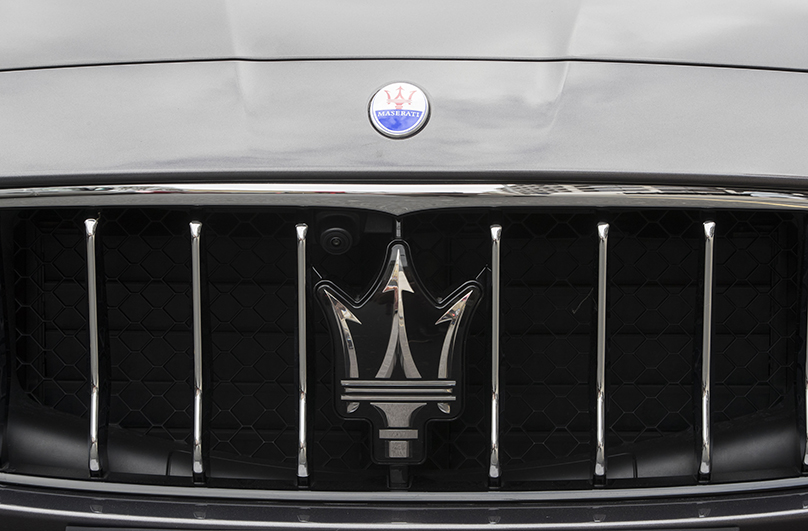 Tearing myself out of the Quattroporte, I’d almost forgotten I’d signed up for a cycle ride.

There are three lengths to choose from, 50km, 75km and 100km. All routes thread through the stunning Yorkshire landscape, which is rather hilly! If you’re not going up, you’re going down. A lady walking her dog on the first hill of the day, hidden meters from the start summed it up perfectly, “Blimey, that looks horrendous that!” I trust she was referring to the gradient and not my tortured mug.

The ride is timed for the more serious amateurs but most people seemed to just enjoy a day out cycling with friends. Encouraged along by the generous crowds and savoring the feed stops with tables laden with energy bars and warm sausage rolls.

The overall race was won by Belgian, Serge Pauwels who perfectly timed a breakaway on the final climbs to take the final stage win just in front of his team mate, Omar Fraile, giving the DImension Data team a one-two finish. Local, Lizzie Deignan thrilled the crowds, attacking in final 10 kms and managing to hold on to take the stage and overall win in the women’s race, which is the most lucrative race in women’s cycling. Maybe a new car would be a good celebration?

Including the package of extras, our Quattroporte (because, by now it had become ‘ours’!) was just shy of a fairly eye watering £100,000. But it is possible to get behind the wheel of this prestigious marque for around half that price. Alongside the Quattroporte the range now includes the Ghibli, slightly smaller than the Quattroporte and with slightly more sporty handling but still packed with the same luxury comforts. A new petrol engine is expected in the Levante soon and the Gran Turismo is eagerly expected to be joined by a variation of their Alfieri concept car in the not too distant future. After some years out in the wilderness this historic makers with its Italian flair and rich race heritage appears to back on track. 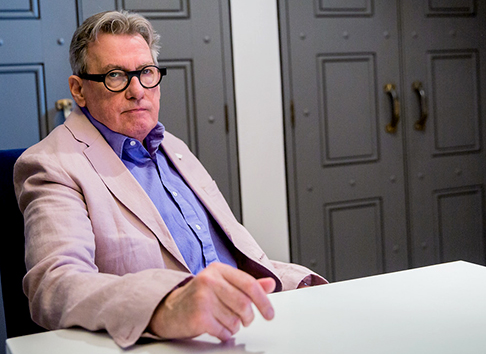 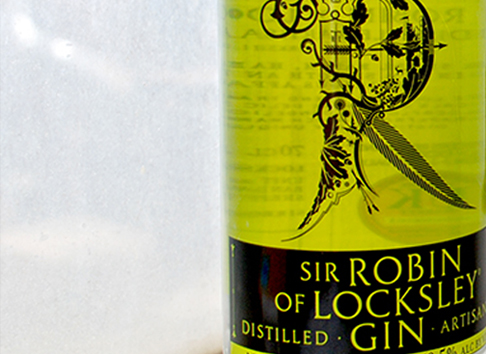 Gin forged in the birthplace of stainless steel